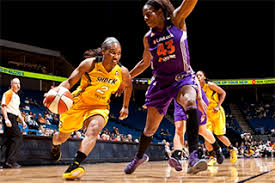 Do you suffer from allergies and/or asthma?  Are you sneezing, experiencing a runny nose, watery eyes, coughing, wheezing, and feeling like you are sick, but you are not?  Join the more than 40 million Americans who are searching for ways to feel better.

There have been over 6 articles about allergies in the Marysville Journal Tribune and the Columbus Dispatch in as many days.  Allergens are making almost as much news as the NCAA basketball tournament.  Just as March Madness teams need to know the basic fundamentals of basketball, it is important for those suffering from allergies and/or asthma to be aware of their triggers in the air.  Mold, pollens, dust mites, pet dander, smoke, pollution and strong odors can all contribute as irritants to the susceptible person.  These can occur indoors as well as outdoors.

OSU basketball players, such as Sullinger, Craft, Smith, Buford, and Thomas use a variety of  shots to score a basket.  So too doctors and parents caring for their children or even themselves are searching for ways to feel good.  Obviously avoiding the irritant is the best shot, so to speak.  But since that doesn’t always work, drugs, drops, and sprays are prescribed to clear up allergy symptoms.

The OSU team spends many hours in practice analyzing skills to conquer the next team they are scheduled to play.  The team has been performing some of these skills the entire season.  The same holds true for allergy and asthma sufferers.  Their season can be just spring or fall, some summer, and others are uncomfortable all four seasons.  Doctors have some individuals on medications all year long.

There are no short cuts for improving the health of an allergy/asthma sufferer.  Just as the basketball team must continually work on defense, so too do doctors remind parents to keep up with extra dusting, wash bedding more often, move the family pet out of bedrooms, vacuum more, as well as remove chemicals and other toxins and odor-causing substances from living areas.  It’s a team effort to clean the air that is being breathed in by allergy and asthma victims.

Time outs allow the team to regroup and move forward with a better plan of action.  Since the warm weather arrived early there are pollens from trees, grasses, and flowers that are blooming at different times, requiring doctors to treat their patients according to contact with different triggers.

Being in the stadium during an NCAA game is exciting.  There are all types of fans attending.  This reminds us that all those allergy and asthma triggers are spending time in your home or stadium.  There is little control of all those substances in one place.  There is no escape; the irritants just keep accumulating.  For a basketball game, we want a crowd.  The more the merrier.  But the for allergy sufferers in their home we want these pollens and other irritants ejected from the game.

Germs Be Gone! Healthy Home for Me and Mine!
Scroll to top